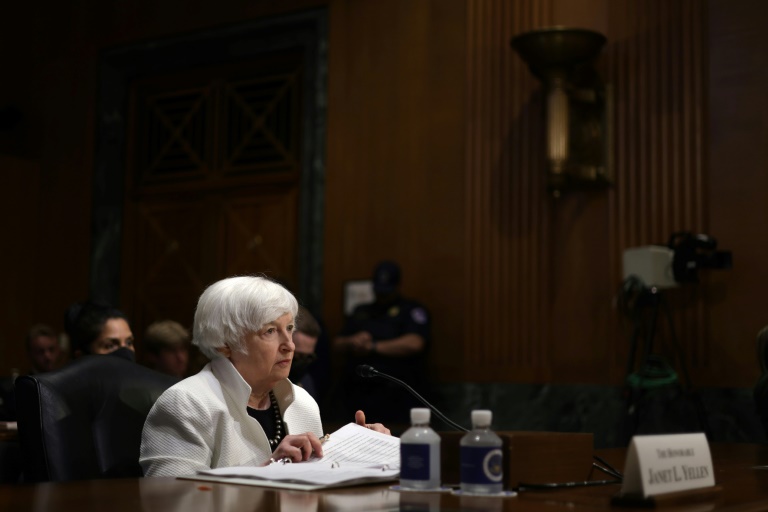 New York – U.S. Treasury Secretary Janet Yellen on Tuesday urged lawmakers to approve additional investments in renewable energy and higher taxes for the wealthy as she defended the administration’s efforts to mitigate the impact of inflation.

“I think there’s a lot Congress can do to ease the cost burden on households,” Yellen told the Senate Finance Committee on the first of two days of testimony on President Joe Biden’s budget for fiscal year 2023. .

Along with investments in renewable energy — which Yellen said could help cope with high gasoline prices — the Treasury secretary has backed more spending on affordable housing and efforts to rein in pharmaceutical prices.

She also pointed to the historically significant release of oil from the Strategic Petroleum Reserve by the Biden administration to mitigate the prices drivers face at the pump, which have skyrocketed since the Russian invasion of Ukraine, reaching new highs daily, with the national average at $4.92 per gallon on Tuesday. .

“Gas prices, although very high … would be higher without it,” Yellen said.

The hearings come as Biden faces low approval ratings ahead of the key midterm elections, with the pain of rising gas and food prices outweighing a strong labor market and unemployment by 3.6%.

“What I’ve heard you say is that it’s okay to raise taxes right now and it’s okay to have more stimulus spending to deal with this crisis,” the senator said. Mike Crapo, a Republican representing Idaho.

“I just have to say that I disagree with you on that point.”

Yellen defended the U.S. bailout, saying the administration took action in response to forecasts that unemployment could top 9% given headwinds amid the Covid-19 upheaval.

At the time, she said, “the overwhelming risk was that Americans would be scarred by a deep and long recession.”