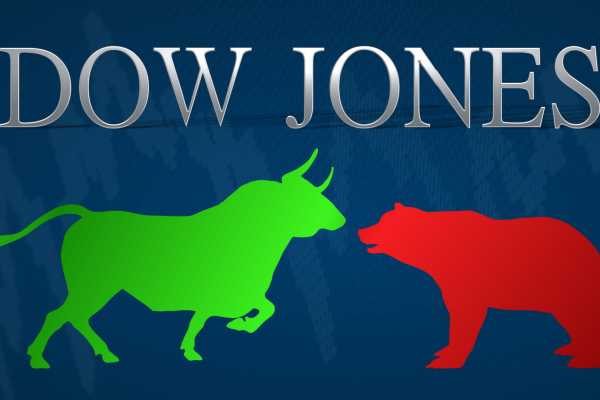 US inflation slows and financial markets react; DOW and AUD/USD in the eyes

It was quite a day in financial markets on Thursday as the highly anticipated US inflation data was released at 13:30 GMT.

Consumer prices, as measured by the Consumer Price Index (CPI), rose less than expected. According to the Bureau of Labor Statistics (BLS), consumer prices rose 7.7% on an annual basis, following September’s reading of 8.2%, the fourth decline since the 9-year high. 1% in June (its biggest increase since the early 1980s). Interestingly, this is the first time since February this year that headline year-over-year inflation has been below the 8.0% mark.

The BLS pointed out the following:

This suggests that the US Federal Reserve may ease rate hikes, after the central bank made a fourth consecutive hike of 75 basis points on 2n/a November. Fed funds futures show the target rate probability for a 50 basis point hike at the mid-December Fed meeting has risen to 80.6%, according to the CME’s FedWatch tool. , with a 19.4% chance of a 75 basis point hike. This expectation was clearly felt in the markets on Thursday.

US stocks: a long-term bull flag in the eyes

Major US stock indices have been rising lately, seeing the Nasdaq 100 jump 6.0% at one point; the S&P 500 was not far behind at 4.6% with the Dow Jones up 3.0%. The Dow (see chart below) on the monthly scale is technically relevant, showing interest above the upper boundary of a bullish flag pattern, taken from the 36,952 high and a 32,272. Note that this market has been anchored in a dominant upward trend since the beginning of 2009.

The strength of pro-cyclical currencies on Thursday should come as no surprise. Against an overall weaker dollar (Dollar Index down nearly 2.0%), the Australian dollar, New Zealand dollar and Canadian dollar all outperformed strongly, up 2.5%, 2 .1% and 1.2%, respectively.

AUD/USD: head and shoulders, anyone?

AUD/USD (see daily chart below) is a market I’ve been watching for some time. Through a technician’s lens, attention was drawn to the potential reverse head and shoulders pattern in the daily timeframe ($0.6363; $0.6170; $0.6272).

Although the currency pair has been emphasizing a clear downtrend since the start of 2021, the price has pulled back from daily support at $0.6212 and just north of weekly demand at 0.5975 -$0.6166 (see weekly chart). The strength behind Thursday’s rise triggered a decisive close not only above the daily resistance at $0.6536, but also past the inverted head and shoulders neckline drawn from the high of $0.6547.

With the aforementioned resistance cleared, daily resistance calls attention at $0.6678, followed by the pattern’s profit target set at $0.6875. Adding to the current bullish mood, the Relative Strength Index (RSI) retested the upper edge of the 50.00 midline and touched the vicinity of 60.00, with indicator resistance visible at 61, 29.

Therefore, heading into Friday’s sessions, traders could pursue bullish scenarios above $0.6536 on the lower frames.

The information in this document is intended for general guidance only. It does not take into account your investment objectives, financial situation or special needs. FP Markets has made every effort to ensure that the information is accurate at the date of publication. FP Markets makes no warranties or representations as to the Material. The examples included in this document are for illustrative purposes only. To the extent permitted by law, FP Markets and its employees shall not be liable for any loss or damage arising in any way (including negligence) from or in connection with any information provided or omitted from this material. The features of FP Markets products, including applicable fees and charges, are described in the product disclosure statements available on the FP Markets website, www.fpmarkets.com and should be considered before deciding to trade these products. Derivatives can be risky; losses may exceed your initial payment. FP Markets recommends that you seek independent advice. First Prudential Markets Pty Ltd trading as FP Markets ABN 16 112 600 281, Australian Financial Services License Number 286354.