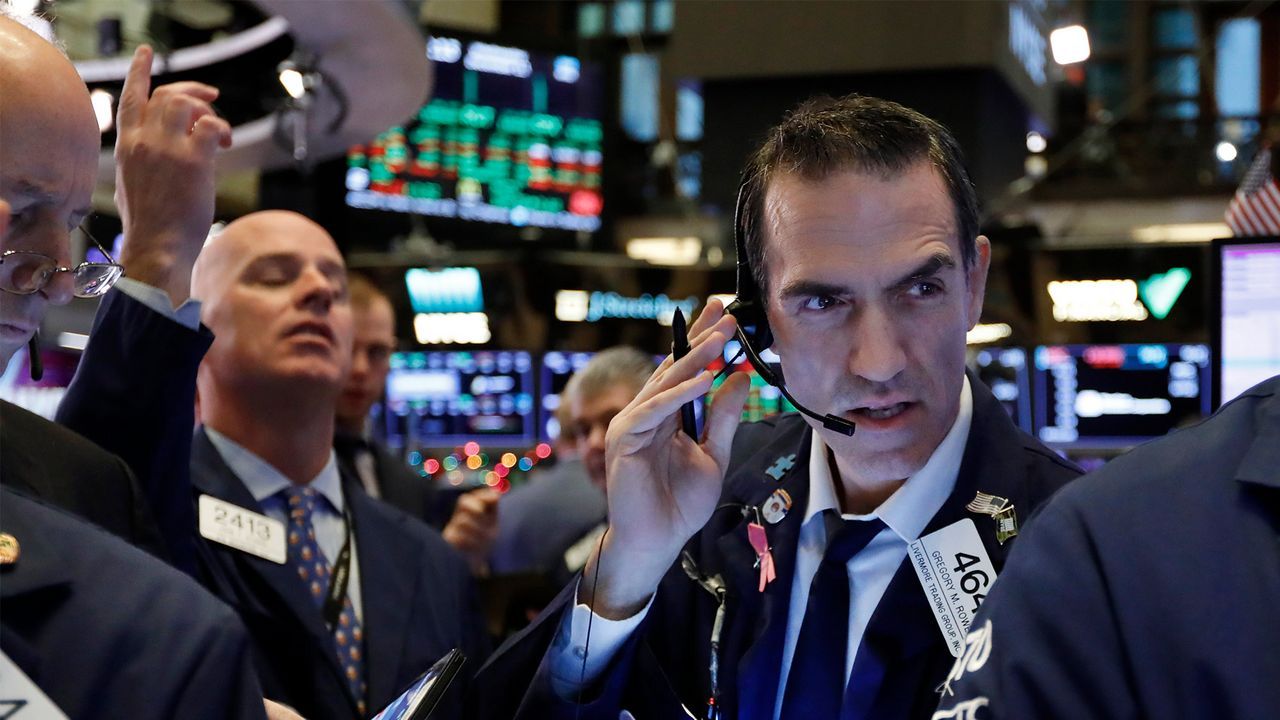 Financial markets are embroiled in a tussle of sorts amid growing uncertainty over the effect of interest rate hikes by the US Federal Reserve and other central banks and how long they will continue in the face of growing signs of a recession.

One view is that the surge in inflation, which has already seen the fastest rising prices in four decades – 8.6% in the US and heading into double digit rates in the UK and in the Eurozone – will continue and lead to further significant increases in interest rates as central banks seek to suppress wage demands.

The other is that the interest rate hikes so far have caused the economy to slow down and even triggered a recession and that the Fed and other central banks will not raise rates as much as previously thought. .

That appears to be the prevailing sentiment on Wall Street at the moment, with major indexes posting gains in recent days after the worst opening half for stocks in 50 years. However, this view could quickly change.

The minutes of the Fed’s June meeting, in which it decided to raise interest rates by 75 basis points (an increase of 0.75 percentage points), with further indications to come to its next meeting at the end of this month, pointed to a tightening of monetary policy.

According to the minutes, members of the Fed’s monetary policymaking body “agreed that the economic outlook warranted moving to a restrictive policy stance, and they recognized the possibility that an even more restrictive stance may be appropriate should high inflationary pressures persist.”

They acknowledged that interest rate hikes could “slow the pace of economic growth for some time”, but insisted that getting inflation back to 2% was “critical”.

The minutes also clarified that the key issue in determining policy was whether inflation would lead to further development of the workers’ movement for wage increases.

“Many participants felt that a significant risk the Committee now faced was that high inflation could take hold if the public began to question the Committee’s resolve to adjust policy direction as it must.”

The word “rooted” is part of the coded language used by the Fed. It refers to a situation where workers believe that the price hikes that have already inflicted major reductions in their standard of living will continue and advance wage demands.

Since the June meeting, at least two Fed officials have backed the view that restrictive policies should continue.

Speaking in a webinar on Thursday, Fed Governor Christopher Waller said, “Inflation is just too high and doesn’t seem to be coming down. We need to move to a much more restrictive framework in terms of interest rates and policy, and we need to do it as soon as possible. »

Referring to the question of salaries, again in coded language, he said: “All we know about the expectations [is] once they are no longer anchored, you lose. The Fed was “determined to control” inflation. This means that it must be ensured that price increases do not lead to increased wage demands.

His view was echoed by another Fed governor, James Bullard, who supports a rate hike of another 75 basis points by the end of the month. Speaking at an event in Arkansas on Thursday, he said the economic situation was “already straining the credibility of the Fed with respect to its inflation target” of 2%.

These views are in line with the Fed’s June meeting. But since then there has been a change in global economic conditions, indicating the degree of turbulence in both the real economy and financial markets.

Due to the economic slowdown and fears of recession, prices for oil, metals and basic foodstuffs have fallen from their highs at the start of the year and there are signs of a slowdown in industrial activity. in the United States and Europe.

US GDP fell at an annualized rate of 1.6% in the first quarter. Initially, this was dismissed as some kind of blip, or statistical outlier, in the face of what was claimed to be a “strong” US economy.

But a closely watched index compiled by the Atlanta Fed forecast a 2.1% annualized contraction for the second quarter. And, in a sign of a growing labor market contraction, it was reported on Thursday that the number of new jobless claimants had hit a six-month high.

Another indicator of recession appeared in the bond market where the yield curve inverted. That is, the yield, or interest rate, of the 10-year Treasury note fell below that of the two-year debt, contrary to what is considered a normal situation where the yield on longer-term debt is higher than on longer-term debt. shorter-term bonds. The inversion of the yield curve has happened before all the recessions of the last 50 years.

The recessionary trends have led financial markets to believe that the Fed will be forced to back off from its interest rate hikes. In other words, after removing the punch bowl of cheap money, the Fed will soon be forced to return it and the speculative-based financial part can resume after a brief pause.

Stocks on Wall Street rose, with the S&P 500 posting its biggest gain this week since March and the interest-rate-sensitive NASDAQ enjoying the same result. The rise was also reflected in highly speculative stocks such as GameStop which jumped 15% on Thursday.

The sentiment behind the rises was summed up in a comment by Tatjana Greil Castro, head of public markets at a UK investment firm, at the FinancialTimes.

“Over the past few weeks, recession fears have been so strong that markets are expressing that no matter what central banks say, they will not have the ability to raise rates to the extent that they have indicated they will. “, she said.

The central bankers, who present themselves as the guardians of the interests of the economy and the mass of the population, have no idea of ​​its direction.

But one thing is certain: whatever the outcome of the current turmoil, as defenders of the interests of finance capital, in collaboration with all governments that serve the same interests, they will strive to make the working class pay by suppressing wage demands such as rising inflation, the imposition of recession, or a combination of both.