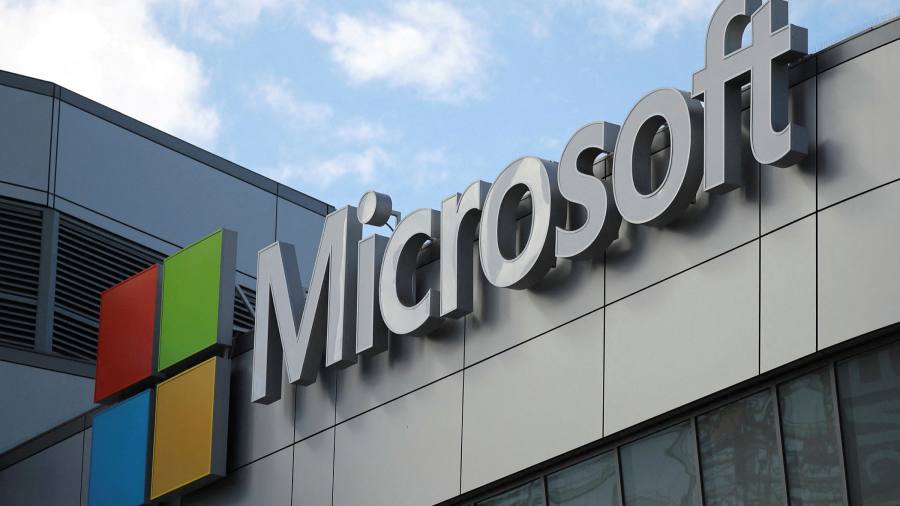 Microsoft shrugged off concerns about the effects of a weaker economy with a confident forecast for its final fiscal year on Tuesday, sending its shares up more than 6% in after-hours trading.

The optimism came despite a sharp contraction in the personal computer market, the strength of the U.S. dollar and signs of macroeconomic weakness, which combined to eat away at Microsoft’s growth last quarter, leaving revenue and profit below lowered forecasts it issued last month.

Chief Executive Satya Nadella said on a call with analysts that Microsoft has taken market share in its business and demand for its cloud services is expected to remain robust as many IT users seek ways to more profitable to manage their IT.

“There’s something going on in the macro environment that seems to be playing into our strength,” Nadella said, with cloud computing acting as a “deflationary force” helping Microsoft even as the economy weakens.

Microsoft shares fell 28% from their November peak, in line with the Nasdaq Composite Index, as investors feared it could be hit by lower consumer and business demand.

However, on Tuesday it predicted that revenue and profit growth in its current fiscal year, which began this month, would reach at least 10%, even after the effects of a strong dollar.

The strong guidance for the full year came despite a relatively weak guidance for the current quarter. Microsoft said it expects revenue of between $49.25 billion and $50.25 billion in the three months to the end of September, below the $51.7 billion forecast by Wall Street analysts. .

The software company said its operating profits would be boosted further this year by a change in the depreciation of its servers and network equipment. The equipment would be amortized over six years instead of the previous four, adding $3.7 billion to operating profit this year.

For the latest quarter, Microsoft said it missed $1 billion in revenue from what it had forecast three months ago due to further dollar strengthening, accelerating deterioration in the PC due in part to production shutdowns in China and weaker advertising spend.

It also reported a $126 million charge due to the shutdown of much of its Russia business and $113 million in severance payments following a recent round of cost cuts.

However, the high demand for cloud services has allowed it to withstand much of the pressure. Revenue from its Azure cloud platform rose 46% excluding the effects of the strong dollar, slightly less than the 49% growth in the previous quarter. It also reported a 35% increase in cloud bookings in constant currency terms, consistent with the first few months of the year.

The bookings were “significantly” above internal expectations and showed customers were making “bigger, longer-term commitments” to the Azure platform, Nadella said.

The slump in PC sales left growth for Microsoft’s More Personal Computing division at 5% in constant currency, down from 13% in the previous three months. Global PC shipments fell 12.5% ​​in the quarter, the biggest drop in nine years, according to research firm Gartner.

Excluding the effects of the stronger dollar, revenue growth slowed to 16% from 21% in the first three months of 2022.