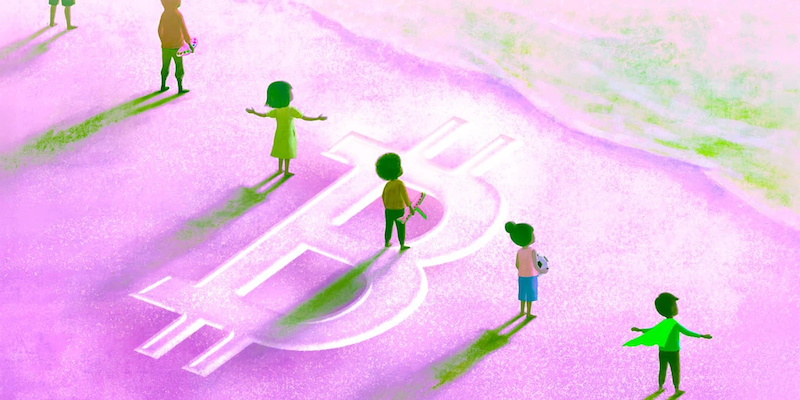 Fundamentals of the global economy

Despite the emergence of new problems, the economy is still recovering from the COVID-19 outbreak. Now that inflation is out of control, central banks are trying to solve the problem by raising interest rates.

Consumer Price Index (CPI) statistics for the United States, released on October 13 and higher than expected (8.2% YoY), had a negative effect on the price of bitcoin. However, the global economy is also facing the energy crisis, which affects Europe more than the United States due to its heavy reliance on Russian natural gas and raw materials. This problem is not limited to inflation.

The conflict in Ukraine and the ensuing sanctions against Russia are increasing geopolitical unrest and economic uncertainty on the eastern side. Additionally, one of the world’s largest economies is threatened by Evergrande’s default and China’s zero-COVID policy, which is disrupting global supply chains.

Compared to other major currencies, the dollar index looks robust. In November, the Bank of England and the Federal Reserve raised interest rates by the same 75 basis points. This quantitative tightening strategy attempts to tighten the money supply and reduce pressure on prices. This will likely last into next year and beyond. However, the possibility of a global recession and stagflation remains very high, so no country can feel completely secure when it comes to central bank monetary policy.

Relationship between BTC and the economy

Bitcoin has demonstrated that it is not immune to the current global turmoil. Even though the price was initially independent of conventional finance, the correlation started to emerge in 2016.

Because the two shared scarcity and difficulty of extraction (mining), as well as the function of being a store of value, the idea of ​​bitcoin as “digital gold” gained popularity. Since many people view bitcoin as a risky investment, a correlation with the S&P 500 and Nasdaq-100 indices has emerged, just like with conventional stocks.

The 40-day price correlation of bitcoin to gold at the time of writing this article was 0.50. (after being around zero in August). Bank of America strategists Alkesh Shah and Andrew Moss say:

“As macroeconomic uncertainty persists and a market bottom remains to be seen, investors may view bitcoin as a relative safe haven,” the report said. “A decelerating positive correlation with SPX/QQQ and a rapidly increasing correlation with XAU indicate this.”

The collapse of Terra/LUNA, the forced liquidation of Three Arrows Capital, and the insolvency of Celsius were the major macro variables in the larger cryptocurrency ecosystem that caused a bear market. It is also necessary to take into account the upcoming EU rules on bitcoin mining and the existing profitability problem in the industry.

Despite all the aforementioned negative developments, bitcoin managed to maintain a price in the region of $19,000 to $20,000 with historically low volatility. The bitcoin price is currently showing exceptional stability, even recently matching the volatility of the British pound.

On the other hand, after the rumors about the Fed’s upcoming picks, the markets experienced tremendous volatility and wild price swings. Mike McGlone, chief commodities strategist at Bloomberg, says this is why bitcoin may rise after a deep discount and eventually top the S&P 500. He thinks bitcoin’s limited supply and its deflationary strategy could l help return to previous price levels. .

The price has been very stable since the previous flash crash in mid-June, but as we all know, that didn’t last very long. This indicates that over time there is a higher chance of a dramatic breakout (bearish or bullish). The breakout will be stronger the longer the price stagnates.

Additionally, with liquidations at rock bottom, open interest in BTC futures is higher than ever. There is a lot of liquidity accumulating here, so when the price starts to move again, there will be even greater momentum.

After another 15% decline, strategist Benjamin Cowen predicts that bitcoin will reach its “fair value”. The data now indicates that we are undervalued by approximately 50% compared to fair value. According to Cowen, it may take until early 2024 to see this growth.

A contrary view is held by Goldman Sachs strategist Kamakshya Trivedi, who says the US dollar index, which has hit record highs since 2002, could be bad news for the bitcoin market, which is now bearish.

A Doomsday Prediction: Could the Fall of 2018 Repeat?

Some analysts have speculated that the market conditions of 2018 – low volatility, followed by a sharp drop in prices – could be repeated today. We share the same 10% trading range and anticipate an impending event.

Unlike our current cycle, which sees liquidity leaving exchanges and few new addresses being established, the 2018 cycle saw an increase in addresses sent to spot exchanges. This is a notable difference between the two cycles. A CryptoQuant analyst believes that this should indicate that a situation like 2018 will not happen.

What about the “Halloween effect”?

Historically, the fourth quarter has been wonderful for bitcoin, with uptrends starting in October and intensifying in November. So in 2021, the months of October and November have been jokingly renamed “Uptober” and “Moonvember”, respectively.

Can we still anticipate such a positive Q4 in 2022? It’s hard to predict, but it’s hard to imagine the same rebound we experienced last year given the unfavorable macroeconomic environment and current geopolitical circumstances. After all, there has been no real indication of a bitcoin market resurgence over the past ten months. We should also keep in mind that, despite the unfavorable global situation, bitcoin’s status as a “safe haven” can help support the price, especially in these difficult times.

The bitcoin market is currently in a state of stagnation. After a two-month consolidation period, bitcoin price should start moving again. Investors might still perceive bitcoin’s importance as a safe haven and digital gold despite the rather bleak broader economic outlook and its correlation to real-world events. A major bitcoin price breakout is expected, along with further volatility.

Once the price breaks through the $19,000 resistance level, two scenarios are possible: a brief price decline followed by a bullish retracement (V-shaped bounce); or a longer and deeper price decline.

Bitcoin will continue to be the most advanced technology of the past decade, enabling financial freedom and complete sovereignty over one’s own wealth no matter what. In the past, there have been many significant bear markets that Bitcoin has survived and always bounced back from.