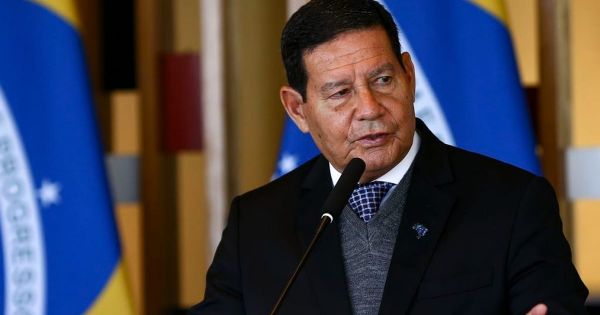 Arab countries announce investments in Brazil worth US$20 billion — MercoPress

Brazilian President Jair Bolsonaro announced on Monday that total investment by Arab funds in Brazil is approaching $20 billion, with half of that money coming from the country’s recent participation in Expo Dubai.

“The Arab world is Brazil’s third largest market abroad, behind China and the United States. The commercial flow between Brazil and the countries of the Arab League reached, in 2021, more than 24 billion dollars, a record in the historical series. This number is expected to continue to rise. From January to April, Brazil’s exports to the Arab world increased from US$4 billion in 2021 to US$5.2 billion in 2022,” he said, in a recorded speech for the opening. of the Brazil and Arab Countries Economic Forum, in São Paulo. .

According to Bolsonaro’s assessment, Brazil’s relations with the Arab world have intensified over the years. Currently, there are 18 diplomatic representations in the 22 countries that make up the Arab League. In Brazil, the Arab community brings together 10 million people.

“At a time when the international community strives to guarantee global food security, the link between Brazil and the Arab world is growing stronger. Even in the face of the challenges imposed by the pandemic, we have not stopped playing our part in the food supply. Brazil is now the largest exporter of halal protein in the world. In addition to the chicken and beef trade, our exports of sugar, soybeans and wheat are also growing. On the other hand, 26% of the fertilizers that supply the Brazilian agro-industry come from the Arab world,” he explained.

According to Bolsonaro, Algeria was, in 2021, Brazil’s main trading partner on the African continent. Egypt, one of the largest markets for Brazilian beef in the world, is the top destination for Brazilian exports to Africa.

“In terms of imports, our main supplier on the African continent has been Morocco, a country that today occupies the position of third supplier of fertilizers in Brazil, behind Canada and Russia”, he said. declared.

The fourth edition of the Brazil-Arab Countries Economic Forum is promoted by the Arab-Brazilian Chamber of Commerce. The initiative is dedicated to bilateral relations between Brazil and the 22 countries that form the League of Arab States. It includes business delegations from Lebanon, the United Arab Emirates, Egypt, Kuwait, Jordan and other countries, with the participation of at least 120 businessmen.

“We need to stop thinking of ourselves as mere supermarkets. Everyone comes to the other’s country and buys the product that is on the shelf,” Brazilian Vice President Hamilton Mourão said in his closing statements to the Forum on Monday.

“We have observed that approximately 80% of Brazilian sales to Arab markets are agricultural products, while approximately 90% of our imports from these same markets correspond to mineral fuels, fertilizers and [other] essential inputs for our agricultural production”, he added, while calling for the diversification of trade and services. “We need to move up the ladder of this relationship and move forward in the areas of technology, investment and really become strategic partners,” Mourão insisted.

The Vice President also pointed out that Brazilian exports to Arab countries have increased since 2003 and, if taken together, would be Brazil’s third largest trading partner for exports and fifth for imports. “Brazil has become the largest producer of halal protein in the world and is working to provide other products suited to the customs and traditions of the Islamic religion,” he added.

He also said that business partnerships with the Arab world are acquiring “strategic meaning” in the face of the impacts of successive crises throughout the 21st century, which include the “financial crash of 2008, political instability in different regions of the planet , increasingly frequent crises, environmental disasters, geopolitical tensions between the two largest economies in the world and, of course, the COVID-19 pandemic.

“We must work in partnership, in favor of initiatives that bring us mutual benefits, with more resilience and security for our nations,” he proposed. Mourão also highlighted the outbreak of the conflict between Russia and Ukraine as another fact that creates instability in the world. “The Brazilian Arab Chamber of Commerce has helped the public and private sectors work in synergy to identify and exploit these opportunities.”

2022-07-05
Previous Post: Buy, sell or hold: what should investors do with Dilip Buildcon, JSW Steel and Jubilant Ingrevia?
Next Post: ESR Expands Korea Development Joint Venture with APG and CPP Investments to US$1 Billion