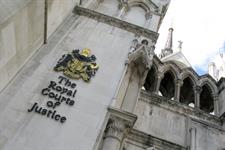 Trustees can take climate change factors into account when making decisions about their charity’s investments, even if it means lower returns, the High Court has ruled.

Trustees of lenders Ashden Trust and Mark Leonard Trust took the case to court in early March and judgment was handed down on Friday.

The decision reinterprets a 30-year-old judgment, known as the Bishop of Oxford case, which found that directors of charities should maximize the return on their investments, except in circumstances where this conflicts with her goals.

But in the latest case, Judge Michael Green approved investment policies drawn up by the two charities that excluded investments deemed to contribute to climate change.

He held that the power to invest must be exercised to promote the objectives of a charity, which would normally mean maximizing the financial returns of any investment.

But he concluded that directors had discretion whether or not to exclude investments they reasonably believed conflicted with their charity’s goals.

The Charity Commission, which along with the attorney general was a defendant in the case, said it welcomed the judgment and would issue revised CC14 investment guidelines in light of the ruling.

Sarah Butler-Sloss, Founder of Ashden Trust, said: “I am delighted that the High Court endorses our view that investments not aligned with the goals of the Paris Agreement come into conflict with our charitable work for reduce poverty and protect the environment. We can now exclude them from our portfolio.

“This judgment empowers trustees of other charities who care about the state of the planet and all its inhabitants to invest in ways that mitigate the worst impacts of climate change.”

Mark Sainsbury, founder of the Mark Leonard Trust, said the judgment marked an important step in defining the fiduciary duties of trustees of charities.

“For too long, responsibilities in this area have been a source of uncertainty and conflicting advice and it has been too easy for directors to ignore the tension between their charitable goals and certain investments,” he said. .

Luke Fletcher, a partner at Bates Wells law firm, which represented the two trusts, said: “Charity trustees are now clearly empowered to give full weight to concerns arising from climate impacts and other damage caused by climate change. investments when deciding how to invest.”

“This ruling clarifies the law and redefines fiduciary duty, in light of climate change and more broadly, for the benefit of all charities.

“It is also likely to be influential in other jurisdictions and appeal to other categories of investors.”

He said that while the commission would issue revised investment guidelines, the ruling sets out the law, which takes precedence over the guidelines, and would apply immediately to all trustees.

Aarti Thakor, director of legal services at the Charity Commission, said: “We are delighted that the judge has concluded, in line with our proposed guidance, that trustees can continue to have wide discretion when choosing to invest ethically.

“The judge confirmed that the law relating to the investment powers of trustees should be suitable for all types of charities, provide flexibility and sustainability and ensure the pursuit of a charity’s charitable purposes.

“We will release our updated guidance in due course to ensure directors can confidently adopt appropriate policies, including in the context of pressing climate change concerns.”